Even if you’re way more organised than us and are totally on top of shopping, wrapping, decorating, menu planning and all the million other tasks, there’s still the possibility that Christmas with teens in the house can be the exact opposite of a magical festive family time… so we’ve done our research and have found some super sensible advice from the experts to help you have the happiest of holidays with your teenagers:

1. Give them some space. Let them be teens, let them have their own time plus plenty of time with their mates, and then, when the family is together, they’re much more likely to be happy to be there.

2. Involve them in the planning. Let them have an input in how you’re all choosing to spend your time and encourage them to suggest new things to try as a family – it might be the beginning of a joyous new tradition or two!

3. Stay calm. Don’t rise to the bait if they push the boundaries by expressing ‘controversial’ opinions or try to provoke arguments. Let them have their say and then if necessary just move on to focus on others.

4. The single best piece of parenting advice applies now just as much as it did when they were little – pick your battles. Let them have their own way on what you can reasonably happily live with and then you can fairly insist on what’s really important to you.

5. And finally…. keep your expectations reasonable and think positive! Christmas with teens is not the same as with little ones but there are major upsides – no crazy early start on Christmas Day, being able to play more challenging or entertaining games (although be sure to check out Cards Against Humanity VERY carefully before you dive in!), sharing views and opinions and having the time to really interact with the teen who you probably only see in passing for most of the rest of the year. 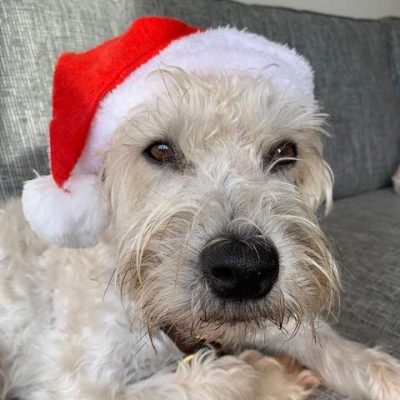 If you’re still with us (thank you!) we’re going to leave you with some brilliant tips from Iain Morris, the creator of the Inbetweeners – we’ve posted a link below to the full article. Everything he has to say on teenagers having it tough is EXACTLY how we feel:

“Spending the festive period with teenagers is not always chestnuts roasting on an open fire, let’s be honest. They probably don’t want to be there, for a start, and they probably won’t care to join in when they are.

But the first thing to remember about teenagers is they are in fact human beings, even if this appears not to be the case. The second thing to remember is that if the British and French could play football with the Germans on Christmas Day during one of the bloodiest conflicts the world has ever seen, then you can surely survive being trapped in a house with your teenage children for a short while longer.

But if that prospect is more daunting than another six days of turkey leftovers, below is what I hope will be a handy survival guide to help you through the days that remain before the school gates reopen and your children’s argumentative natures are someone else’s problem.

As you may glean from the advice, I’m a big believer in cutting teens some slack. When I wrote The Inbetweeners with Damon Beesley, our view was that adults are needlessly dismissive of teenagers’ concerns. I mean, if during adulthood someone called you a rude word at work, then stole your sandwich and threw it on the roof, you’d make a beeline directly to HR. If you’re at school, this has to happen every day for at least two months before you’d even think about telling your parents.

So please bear this in mind whenever you feel tempted to impose a ton of rules on your teenager over the holidays, and give them a break, as much for your own sanity as theirs. Other invaluable dos and don’ts include:

DO expect the absolute bare minimum of participation

If he agrees to being present, yet busies himself with his handheld gaming device all day long, take a deep breath and accept it. Be grateful he is physically in the room. It might be the most you can hope for.

Let’s be realistic, even washing up can be a battleground, and they certainly won’t be jumping out of bed to cook everyone breakfast. My most enjoyable Christmas holidays as a teenager involved me doing nothing at all. I was a particularly stroppy and difficult teen, and my parents were very good at working with what they had. They learned to expect little of me, and accordingly set the bar so low, even I could not fail to just narrowly clear it.

DO get them to talk about politics

Yes, this is a controversial one, and flouts all the normal rules of social harmony. However, the trick is not to argue or debate their opinions but to genuinely listen to what they have to say. You’d be surprised to find teenagers quite often have interesting opinions. Hearing their perspective on Brexit or Trump may help bring them out of your bubble. Of course, like everyone, they might also talk nonsense, but their thoughts are likely to at least be more original than grandma’s crazy conspiracy theories, which are largely about Princess Diana.

DO play games, but make allowances for teenage sensibilities

Teens rarely like being the centre of attention, but they do like to think they know everything. So if you’re playing charades, give them a pass on performing but keep them in the team for guessing. Just as toddlers will require some flexibility with the rules, so might your teens.

If you really want to engage with them on their level, get them to play a computer game with you. I used to do this with my parents, who were both so laughably bad it generated some good festive feeling. Modern computer games are so complicated, you won’t have a chance against your teenager, which they’ll love. I know this because I’ve tried to play Fortnite. It usually goes something like this: land, find a gun, fail to figure out how to stop building stairs, shot dead.

Instead, bear in mind that they probably don’t feel thrilled about all this forced time with the family. The best case scenario is that nobody fights or gets killed. Your teen is a fragile part of the family ecosystem. They can tip the balance between peace on earth and goodwill on the one hand, and total and utter mayhem on the other.”