We all love a peek into other people’s parenting. It can be much harder to find relatable stories when you have teens, though. We get that teens aren’t always quite so overjoyed to see their lives shared online, but there’s so much that’s positive, funny and wonderful about parenting teens. So our ‘parenting my teens’ Q&A series is designed to help fill the gap and inspire parents of teens everywhere.

A massive thank you to Wendy for our second ‘parenting my teens’ story.

Tell us a little bit about you and your teen/s:

I am Wendy, married to Ashley, and we are the parents of twins Hugo and Harriet.  We all have our birthdays in December, so this year they will be 16 (I will be 50).  Our family moved to Lincolnshire three years ago from Milton Keynes.  We have quite a few pets – the current count is Einstein (parrot), two cats (Fredricka and Bernard), two rabbits (Sapphire and Steal) and Artemis (Harriet’s cockatiel).

Now ask your teen/s to describe your parenting style in three words!

Relaxed, harsh and loud, apparently.  When asked further, many other things were a given, like loving and kind (phew)! 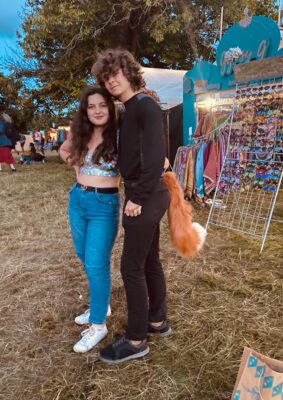 How is parenting your teen/s now compared to when they were toddlers?

Similar……when they are quiet you still worry what they are up to! They still play together but less frequently and now it is online, despite being only physically separated by one room in the house. I still like watching them sleep as they look as cute as they did as toddlers (they think I am being creepy ? ).

What is your biggest parenting fail? Make us all feel better!

Trying too hard not to put pressure on them unnecessarily… the result being when I have been trying to keep a neutral face rather than react to things they have incorrectly thought it was disappointment or judgement.  Similarly by not making a big deal and not telling them how proud I am of them made them feel like I am not.  This really saddened me when they told me this.  I was trying so hard not to react and to not make things about me that I missed some opportunities to let them see how awesome I really think they both are.

And what are you most proud of as a parent?

They both have incredible senses of humour and compassion in bucket loads.

What has surprised you most about your teen/s?

Their acceptance and lack of judgement of others.  We strived to raise them be kind but it seems to go beyond that.  They are also far more resilient and emotionally mature than us at the same age. 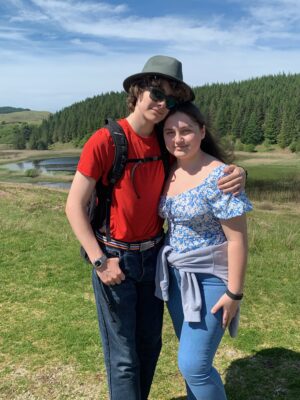 What’s your best trick to starting a conversation with your teen/s?

I find the car useful!  They are trapped with you but at the same time not forced to maintain eye contact.  Alternatively a hug; known in our household as ‘a reset’ that cannot be refused.

What do your teen/s say you do that embarrasses them most?

I asked them this – they both say they are beyond being embarrassed by me now.  It was me putting any pictures on social media but I seek permission rather than forgiveness now.

And what do they think you say that either annoys them or encourages them the most – your choice!

We annoy them the most when we complain openly about them between ourselves but we know they can hear us.

Head on! In the early years I told them I was giving them an age appropriate answer and I would tell them more later.  We wanted no shame regarding any topic and no secrets, just privacy.

What/who has been the biggest influence on your parenting style?

My work in personal development and my memory………I remember being so much more aware than my parents realised and often felt very frustrated.  It has made me very open with my kids.

Where do you think your teens will be in 10 years’ time?

Honestly I do not have a clue.  Happiness is what I want for them the most.

Given what you know now, what would you do differently?

I would have got twin insurance.  I was clueless until the 12 week scan.

Thank you so much, Wendy!
Wendy is The Well-being Alchemist; supporting and empowering individuals on their well-being path. If you’d like to know more, you can find her website here.

One thought on “Parenting my teens No. 2 | Wendy”