We all love a peek into other people’s parenting. It can be much harder to find relatable stories when you have teens, though. We get that teens aren’t always quite so overjoyed to see their lives shared online, but there’s so much that’s positive, funny and wonderful about parenting teens. Our ‘parenting my teens’ Q&A series is designed to help fill the gap and inspire parents of teens everywhere.

A massive thank you to Kathy for sharing her ‘parenting my teens’ story.

Tell us a little bit about you and your teen/s:

I am a recently divorced 57-year-old mum of three, living in North Herts.  I have two sons – 22 and 20, and a daughter 17.  I spent the first part of my career working in advertising but decided to take a career break to have a family.  12 years ago, I accidentally fell into cake making and have been running a home based, celebration cake business ever since.

Now ask your teen/s to describe your parenting style in three words!

How is parenting your teen/s now compared to when they were toddlers?

I find parenting them now so very different.  Whilst they are more independent and, hopefully more sensible, the type of decisions they are making at this age are huge and could have long lasting effects.  When they were young, I tried to stop them making mistakes to keep them safe, now I try and let them learn by their mistakes but find it very hard to take a step back.

What is your biggest parenting fail? Make us all feel better!

My son, who has ADHD, went to uni and when he told me he was coping I actually believed him.  I also assumed that the admissions office would pass on the info to his tutors that he had ADHD and that they would be more involved – they didn’t, and they weren’t.  He failed the first year after getting himself into a downward spiral and missing lots of deadlines.  After intervening he was allowed to retake the first year.  I really took my eye off the ball and will never assume that anyone other than me has got my kids’ backs.

And what are you most proud of as a parent?

That I have raised three smart, funny, caring, hardworking and polite kids.  Whatever they achieve in life, I will be as proud that they give up their seat on the tube for an older person than if they are CEO of a huge company. 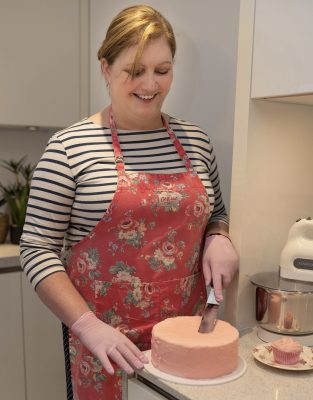 What has surprised you most about your teen/s?

My oldest son is quite shy and doesn’t make friends easily.  In year 12 he decided to raise the £4000 needed for World Challenge and went to Fiji for three weeks with a group of students that he didn’t really know.  He had an amazing time, learned to scuba dive and made more friends.  The other two, who are far more outgoing and thrill seeking, didn’t want to do World Challenge as their friends weren’t – which also really surprised me.   That showed me that you think you know them, but they will always be capable of surprising you – and I think that’s a good thing.

What’s your best trick to starting a conversation with your teen/s?

Talk to them in the car.  You are both facing forward, so there is no tricky eye contact, and you have a captive audience.   Even if you start the ball rolling and get no response, they are stuck there and will eventually open up.

What do your teen/s say you do that embarrasses them most?

Posting pictures of them on social media when I am having a proud mummy moment.

And what do they think you say that either annoys them or encourages them the most – your choice!

I annoy them by wanting to know what time they are doing everything and what their plans are. I like to be organised and schedule things in advance, they are more fluid in their plans.  Mostly this is so I can plan food or if lifts are needed but they see it as me wanting to micromanage their time.

I tried to tie them in with something in the media or on tv or in a movie.  For example, when the series 13 Reasons Why was popular a few years ago, we talked about suicide, rape, drugs and sex.  It felt easier to talk about fictional characters as they were removed from the kids’ real lives.  I think they were more objective about the poor decisions the characters made as they were not real friends.

What/who has been the biggest influence on your parenting style?

My parents – my dad was very strict, but such an amazing man, my mum was a real pushover.  I have taken the best bits from both to get a happy media.  Sadly, they are no longer around but I hope they would be proud of me.

Where do you think your teens will be in 10 years’ time?

I think my eldest son will be living nearby and maybe working in London, he is just about to finish his degree in animation and thinks most of the job opportunities are in the south east.  I think my younger son might be living overseas, he is driven and excited by new opportunities and is motivated by money and having nice things.  My daughter could be working in London in the fashion industry, she loves the city and I think the first few years after graduation could be spent getting valuable experience.

Given what you know now, what would you do differently? Get a dog instead?!

I don’t really know that I would do much different.  They were all raised in the same way, yet they are three very different characters.   There have been many ups and downs, but I think they turned out pretty well.

Thank you so much, Kathy, for such thoughtful and insightful answers.

Kathy runs Cracking Cakes, aiming to make the world extra special with cake – now that’s a mission we can get behind! You can see more of her amazing creations in her Facebook group and on Instagram. 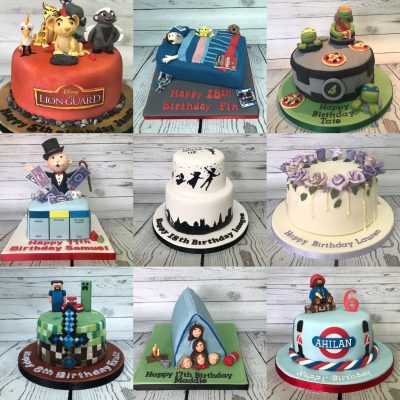 If you’d like to read the earlier blogs from this series, you’ll find them all in the Parenting Teens section of our blog.