One of the benefits of life in lockdown is finally finding the time to read and we’re hearing lots of stories about teens who’ve unexpectedly discovered a love of books – it can happen! If this is what’s happening in your house right now, our list of Equipp family favourites, all just perfect for newly enthusiastic readers, might help to keep that love affair blooming.

For older readers here are the books our teens and their mates are loving at the moment:

Jog On: How Running Saved My Life – Bella Mackie

We’re starting with the brilliant Jog On, which we’re all reading now. Funny, hopeful and inspiring, it’s a very honest and moving account of how running helped Bella deal with intense anxiety and depression.

What could be more appropriate to read in lockdown than a love story between two teenagers who have to stay six feet apart (or can they risk five?) at all times? Really moving and with fabulous reviews; this is one for all the family.

Atwood is a brilliant author for older teens; her books are easy to read while being very thought provoking. And one of the joys of books that have been dramatised is being able to compare them to the films/series, so The Handmaid’s Tale is an obvious choice.

The Girl with the Dragon Tattoo – Stieg Larsson

Thrillers are brilliant for reluctant readers, as they’re fast-paced and the desire to know the outcome keeps you reading. The Larsson trilogy is edgy enough to really appeal to teens – if they haven’t already watched the film, of course.

The #TimesUp and #MeToo movements have taken over the world, so it’s the perfect time to recommend Meat Market again. It’s the story of Jana Novak, an ordinary girl from a London housing estate, who makes it big in the world of modelling and encounters the dark side of this ‘glamorous’ industry.

We’ve got a few non-fiction fans in our families and the boys are really keen on the memoirs of sporting stars, as they find them so inspiring. This was the unanimous choice of the best they’ve read, although The Greatest about Muhammad Ali comes a close second. But who doesn’t love a good Usain Bolt story? 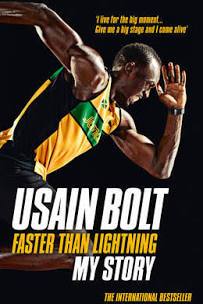 For younger readers we asked Anna’s niece, who is never without a book in her hand, for her top recommendations. They’re all absolute classics; we’re jealous of anyone reading these for the first time:

A wolf wilder is someone who trains tamed animals to fend for themselves, to fight and to run, and to be wary of humans. Feo is the daughter of a wolf wilder and could howl before she could talk. Set in Russia at the time of the Revolution, this is full of excitement and adventure – just brilliant.

To quote a young reviewer, “This is one of those series that will change your life. You will be thinking about it weeks or even months after you have read it.” Science fiction for young readers at its absolute best.

Yet another chance to prove that books give you the chance to imagine the scene just as it should be, rather than see one film director’s viewpoint. The books are so exciting, that they’re great for anyone who doesn’t usually love to read for long. Even if they can quote the film dialogue off by heart, why not set a challenge to read them and then work out how they’d have shot/cast/directed the film differently?

Again, even if they’re watching and loving the TV series, reading the novels is a total joy. The trilogy is made up of Northern Lights, The Subtle Knife and The Amber Spyglass.

You’ll know the story of how Rick started inventing stories for his son Haley, who was struggling with ADHD and dyslexia but loved this modern take on Greek mythology. The films are well-known but the books are even better – we encourage anyone to give the first one, The Lightning Thief, a go. 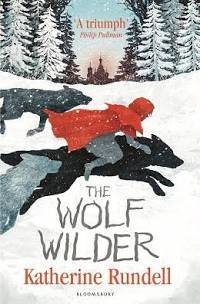 Let us know if anyone in your family gives these a try and if so, what they think of them. And we’d love to keep adding recommendations, so send us your favourites to add to the list!

3 thoughts on “Reading recommendations for teens”