A huge thank you to our young guest blogger for his fascinating thoughts on the philosophy of being a teenager.

2022 will be my final year as a teenager. The realisation that my twenties are on the horizon has led me to reflect about this stage of life, that I will soon be leaving behind. One of the aspects of my teenage years I consider to be the most significant is the development of my interest into philosophy, and how it has affected the way that I think. Philosophy is often defined as being ‘thinking about the way that we think about things’. I believe that to apply this to the experience of being a teenager can be rather interesting.

In doing this I found myself attempting to answer such questions as: ‘what does it mean to be a teenager?’, ‘how can one be a good teenager?’ and ‘why are your teenage years so important?’ Of course, on first impression the answers to these questions may seem rather simple, but, as with lots of philosophical questions is this is not actually the case. I believe the philosophy of being a teenager is no exception.

What does it mean to be a teenager?

The simple (and logical) answer to this question would be someone who is of the ages between 13-19. However, I think that we go into much more depth if we consider the cultural implications of being a teenager. These would include school, learning how to be / not be in a relationship and developing independence.

I definitely saw a strong tendency in parents or teachers to assume that they can relate to what it was like to be a teenager in the 2010’s because they had undergone difficult changes in their own teenage years. Social media is a good example of this. The permanence of your mistakes on the internet when you’re trying to learn how to be responsible is always going to be a recipe for disaster. Parents didn’t have mobile phones and the mistakes of their teenage years could more easily be brushed under the carpet. The technological world is inescapable for my generation and I can think of many cases where my teenage friends did not receive the sympathy they perhaps deserved.

I think that the important philosophy for parents which can be drawn from this question is this: whilst you may think you understand what it is like to be a teenager because there are some aspects of the teenage years that are bound to be the same for everyone, do not assume you know the full extent of how these changes are affecting teenagers today. 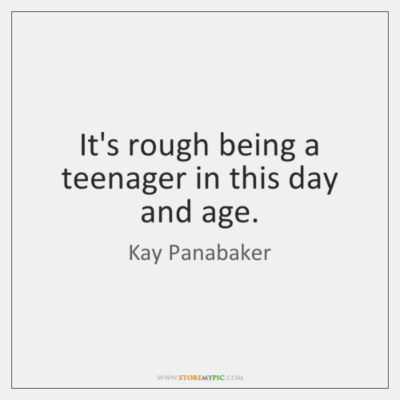 How can I be a good teenager?

To avoid answering this as ‘What does it mean to be a good person?’, we can look specifically at how one should spend their teenage years. School is obviously a massive part of your teenage years and is often seen by parents as the only metric for success. However, the question remains as to how much it should overshadow other important aspects of teenage life like learning how to make friends, playing sports and enjoying yourself.

Alan Watts argues that we have been conditioned into thinking that life is a journey and that in every stage of life it seems that we are to be preparing for the next. We go to primary school so that we can go to secondary school, we go to secondary school so that we can go to university, we go to university so that we can get a job etc… It does seem that Watts’ philosophy rings especially true for our teenage years, as school is definitely to some degree meant to be an instrumental good (something which will lead to good things). He concludes that we should try to live in the moment as otherwise we will waste our life always preparing for the next hurdle on a track which has no finish line.

While I think this is definitely true to some extent, the lesson which I have taken from Watts is that a good teenage life is all about balance. Balancing between focusing on school and preparing for later life whilst enjoying the few teenage years. While this may seem obvious, I definitely know of lots of teenagers who never really achieve this balance (me being one of them, I seemed to swing from one side to the other), and so it can definitely be useful to spell it out like this. 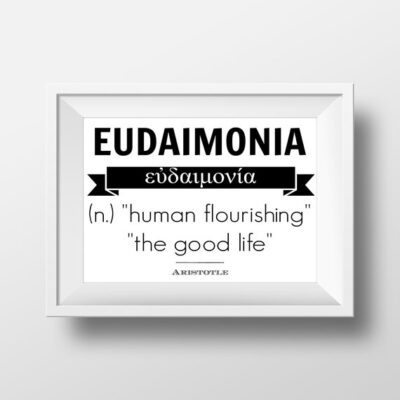 Why are your teenage years so important?

This is an interesting question for me to answer as I have experienced very little other than my teenage years. While this may mean it’s hard for me to judge, it also means that I have the best idea about what they are like.

A good way to practice philosophical thinking is to break down the terms of the question (i.e what makes anything important?), and we can do that here. One of my favourite philosophers, Albert Camus, argues that nothing is objectively important. He wrote in his famous essay ‘The Myth of Sisyphus’ that life is as meaningless as pushing a boulder up a hill over and over again, only for it to inevitably roll back down every time. While there are many views of life and this is the pessimistic one he took, he remarked that his teenage years had influenced him into thinking this. I would argue that this is significant. Even for someone who claimed that nothing is objectively important, his teenage years still served to shape his philosophy.

So I think that is the conclusion I would draw from this question is, whatever your view of life is and what’s important within it, your teenage years and entry into adult life is unlikely not to hold some importance in shaping your beliefs and personality. I know that what I consider to be important has shifted greatly from year to year, sometimes changing entirely and sometimes being built upon.

To finish I would like to add a quote from Kierkegaard, ‘Life can only be understood backwards, but it must be lived forward’. 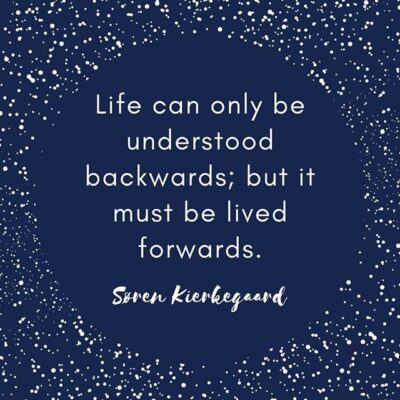 If you’re a young writer and would like to write about any subject close to your heart, please do contact us or send us a DM on Instagram.